First Time Homebuyers Have Been Lied To! (Here’s what you need to know)

Despite record low interest rates during the last decade, less than 40% of Americans have their homes paid off

Did you know that you only have a 37% chance of actually owning it outright when you buy your home?

It’s okay… not many people do.

That’s a direct stat from Forbes Magazine written in late 2019.

For years the terms “home buyer” and “homeowner” have become synonymous. That’s because many states, like Florida, grant you the title to the house when you purchase it, even if you have a mortgage.

Contrast this process with a financed vehicle purchase, where you don’t receive title to the vehicle until you have paid off the loan, and you can see how things get a little muddy.

There are many reasons homeownership isn’t higher in the United States, and I could write an entire book on that subject… but the biggest reason is: math.

Two Things Banks Are Great At

Whether you love them or hate them, the two things banks are really good at are numbers and statistics. They know the average home buyer only stays in the home for 7-8 years, so they do everything they can to make sure they extract as much interest out of that home mortgage as they can in that critical 7-8 year timeframe.

They do this by using an amortization schedule that front-loads most of the interest into the loan’s early years.

Techniques Used By The Banks

Amortization is an accounting technique used to periodically lower the book value of a loan or intangible asset over a set period of time. In relation to a loan, amortization focuses on spreading out loan payments over time. But not all loan payments are created equal.

If you’ve never looked at the amortization schedule for your mortgage – and most people haven’t, because, you know – they have lives – it’s an eye-opening (and depressing) experience.

Here’s an example of an amortization schedule on a 30-year mortgage at the national average rate of 3.6% in January 2020:

When you see how the banks rig the game with the amortization schedule, it’s easy to see why more people don’t own their homes free and clear.

What Does This Mean To The Average Home-Owner?

If you play by the banks’ rules, odds are you’ll always have a mortgage. You’ll spend tens or even hundreds of thousands in unnecessary interest. And you won’t even realize it because you’ve been conditioned to believe this is how the system works (all of us have).

Worse, Scientific studies show there is a correlation between carrying debt and mental health. In one study, researchers found that those who struggle to pay off their debts and loans are more than twice as likely to experience a host of mental health problems, including depression and severe anxiety. The vast majority of people I work with cite being free from the “burden” or “worry” of being in debt as one of the primary reasons for reaching out.

A survey conducted in 2019 also showed 64% of Americans are unprepared for retirement. The primary reason is that people just don’t save enough, and the reason for that is – you guessed it – debt.

Here are the steps you can take if you want to do the work of an automated system that’s proven to reduce debt quickly:

Minimize expenses as much as possible to improve cash flow. The more discretionary income you have at the end of the month, the more you can apply to additional principal payments.

If you’re looking at the big picture and you have a mortgage, make additional principal payments as often as you can. Because of how the amortization schedule is structured, the mortgage interest offers the most significant potential savings.

If you don’t have a mortgage, make additional payments to the highest-interest debts first. This approach will save you the most interest from a mathematical perspective.

Alternatively, if your primary concern is improving your monthly cash flow, you can use the “snowball” method, where you target the smallest debt first. This strategy requires you to make the minimum payment on all debts except the smallest one.

Once you’ve paid off the smallest debt, you move on to the next debt in line, making the minimum payment, plus the payment amount you were paying to the debt you just paid off. The minimum payments from the paid debts go away, freeing up that money to pay more on the next debt, hence the “snowball” moniker.

With interest rates on mortgages at all-time lows, you may want to consider a cash-out refinance for debt consolidation. But if you do this, you MUST NOT run up the balance on the cards again, and you should use the cash freed up from the monthly payments that are gone to make additional principal payments against the mortgage.

In closing, if you want to learn how you can beat the banks at their own game, schedule a Debt Conversion Call with me here. 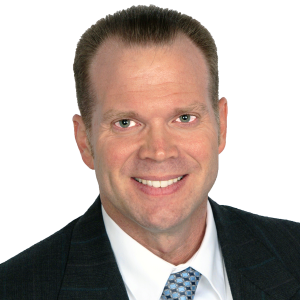 Infinite Wealth Builder was founded in 2019 by Matt Nye. As a former mortgage broker and title company owner who worked through the real estate bubble in the late 2000s, Matt witnessed firsthand how lopsided the system is in favor of the banks and large financial institutions during the ensuing collapse of the real estate and financial markets. After spending the last decade in the technology sector, Matt discovered a new take on an old idea and has dedicated himself to using this incredible system to help people get out of debt and achieve financial independence.

*All time and interest savings examples, wealth building examples and rates of return on this site and its associated eBook are strictly hypothetical. Individual time and interest savings amounts and wealth building possibilities are subject to individual qualification. Individual qualification required. No Financial advice or recommendations have been made as a part of this site or book.
**This offer is not endorsed by Facebook™ in any way. Facebook™ is a trademark of Facebook™.